Today seemed to end, just as it began. One moment we were driving to meet Betsalot at her Project, and the next we were hugging and kissing goodbye.

Betsalot is a seven-year-old girl who our team leader, Brandon Edwards, sponsors through Compassion International. It’s amazing to actually see, in person, how much that seemingly small donation can change the life of a child. Seeing the tears of joy and relief in the mother’s eyes, it truly is beautiful.

We (Brandon, Steven, Heather and I) started our visit by meeting Betsalot at her Project where she’ll be tutored all summer until school begins. 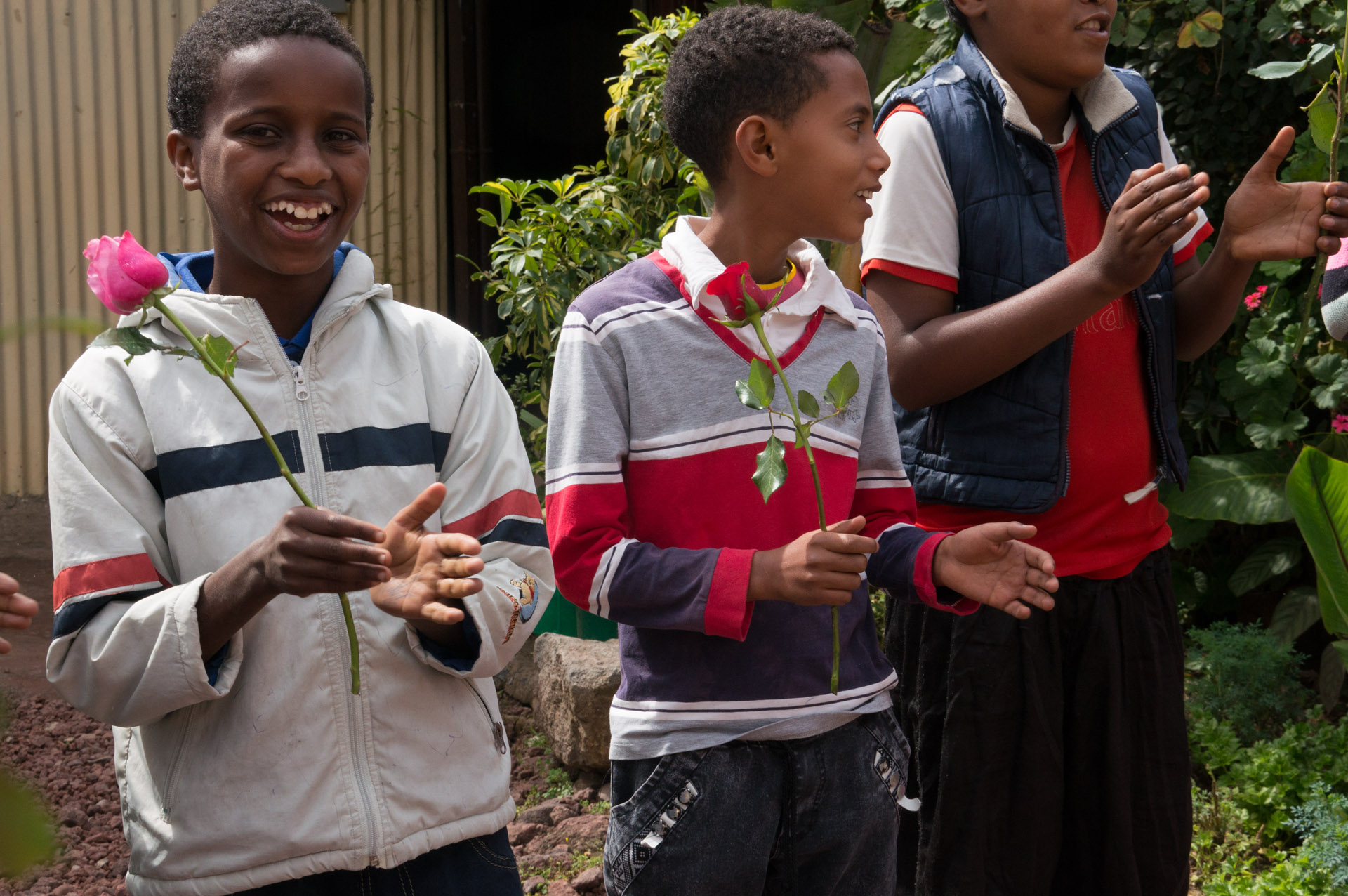 We were greeted with two rows of kids handing us flowers as we entered the room where we shared a coffee ceremony with her mom, Kuku, Mihiretab our translator and Sisay, a financial director for Compassion International. From there, we traveled to where Betsalot and Kuku lived. Their home was made of mud and grass and consisted of two rooms, a common room and a bedroom.

We sat in the common room as Bestalot served us bread, toasted nuts and little candies as part of yet another coffee ceremony. But not until our little hostess was in her birthday dress, gold shoes and tiara, was she able to pass around her treats.

And it wasn’t the look on Betsalot’s face when Brandon pulled out his Santa bag of belated birthday gifts that stole my heart. Not her smile when we figured out how to tell her she was beautiful in Amharic. The moment that captured our hearts and filled our minds was when her mother Kuku asked us, through a translator, to pray over her. She struggles with a kidney infection that threatens her life if she is to become pregnant, which is a desire she holds and asks God every day for healing and mercy.

Kneeling on the ground, we laid hands on Kuku and began to pray. Her arms, reaching out to receive our prayer, asking for healing and blessing over her life and family. And this woman, in a position of complete vulnerability with strangers praying in a language she hardly understood, she began to sob. And in that moment, it was as though God unveiled the sweetest, purest moment of beauty.

After we said amen, she wiped away her tears, put on her head scarf and led us out the door, just like that. Though, her head was held a little higher and the spirit of God seemed to make her glow.

Saying goodbye was incredibly difficult because we just met this little girl, whose life had been changed and completely turned around by something we did. We smiled, laughed and I taught her how to dance. She may have been shy in the beginning, but by the end she was giggling and talking to us like we were her best friends. But in a way, my heart is at peace, knowing she will be cared for, well fed and have a great education.

As the week moves on, we prepare to teach our second round of kids. This week…the older kids. And I’m not going to lie, I am both nervous and excited to see what the next four days bring.