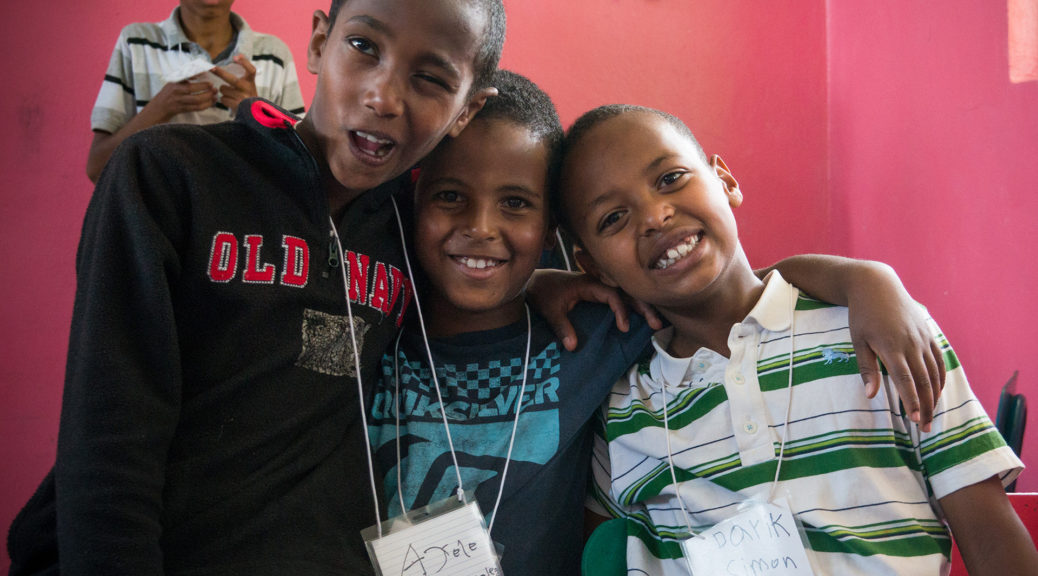 Our second morning started out much earlier than the first. For some reason, half our team, myself included, individually woke up around 3am and could not get back to sleep. Logan, who is staying in the bunk below me, saw this as a opportune time to get some work done. (Who doesn’t want to send emails at 4:30 in the morning?)

We all gathered around seven to do team devotionals which was when we all found out about the shared night of bad sleep. Someone even decided to spill coffee to illustrate the fact we were sleep deprived…that was me. Spilling coffee in the morning is one of the greatest atrocities known to man. During the devotional, one of us mentioned how much they are effected by the poverty and general welfare around us: the people begging in the street, the mistreated animals running around. It was then I realized how emotionally unengaged I was from the whole scene. This might sound bad, but I haven’t been that moved by what I have seen  the level I anticipated. I think it is because I feel so powerless in my surroundings. I feel there is nothing I can do to help the all the abused animals, the millions living in poverty, all those people sitting on the street side, shovels at their sides.  “Why should I even emotionally invest?” ‘Thats not even why we are here.” Is what I tell myself. That is probably a cynical view. But I just feel so powerless from it all.

Ishy arrived at around 8, we packed up some of the supplies we brought and headed out to the school. The ride took a little longer than expected and we were a little late to class. (Teachers late for school? how fantastically ironic.) But the ride through town was not without intrigue. At one traffic jam we encountered, a little three wheeled buggy decided to hop the curb and drive on the side walk. It was followed by another, and another, then a full size van. They were driving on the side walk like it was just another Tuesday. No one honked angrily or flipped them the bird, it was just business as usual. In fact, honking is almost incessant on the streets, rarely ever as road rage. It is more a form of communication with really no negative stigma attached. The patients of the locals while driving amazes me!

Ok, now to the school. Brandon mentioned last night the students might be a little scared by us since we come once and year…and they were anything but. The kids were all smiles and giggles for the moment we walked in the room. I guess they found our names funny because during our introductions, a few generated laughter amount a group of eleven year old boys.

After introductions and a reading of Noah’s ark, we split into older and younger groups. The kids were ages 5-8 and were lead by Chuck, Jourdan, Steven and Josie. Myself, Brandon, Rachel and Heather were with the older kids ages 9-12.

A second thing we did not anticipate was the education level of the students. The older groups english was very impressive. Many could speak complete sentences in English, something we thought would be a challenge for them. In one activity, we had the students piece together the noah ark story. Lets just say that went quick because they found the numbers on the back on the cards. Apparently we thought they wouldn’t check there.

The whole scene was beautiful to see. None of these kids has smartphones, or video games, or high tech toys, but there as a happy as can be. They have an energy I cannot wrap my head around. Chuck commented on how amazed he was that one boy, Darik, could get so much fun out of pushing a tire around the playground. It made contrast the middle schoolers I work with back at Journey, some very close in age to these kids. They come to youth group with their iPhones out and cruise around the Commons on hover boards. (Yep that actually happens.)

Ishy picked us up at 3:20 and took us for a quick tour of the Bring Love In headquarters ten minutes away. On the ride home Chuck and myself fell asleep in the back seat. I am like five-for-five for sleeping on car rides. But most everyone else was pretty talkative.

We closed the night with dinner back home and a meeting on the day tomorrow. Brandon lost it when the idea was presented we do a “how old are you” song to the tunes of “Carol of the Bells.” That was awesome.

This is only a quick overview of what this day had instore with us. I could go into so much more detail about each of the students and how full of life they are. But we have time and I’m sure you will hear much more in the days to come.

(“Now you’ve been Philled in” -Logan)

Photo from left to right: Mikias (in the background), Akele, Biruk, and Darik